About Us: The History of Grand Piano Haus

The evolution of GRAND PIANO HAUS has been a long journey

Thank you for visiting our new redesigned website. A dream that is nearly 15 years old has become a reality. Grand Piano Haus of Skokie, IL is Chicago’s premiere piano "Haus". When it comes to Tier-1 level pianos, full technology-based pianos (i.e. Yamaha's Disklavier-Enspire, TransAcoustic and Silent series) or a large selection of the industry's finest digital and hybrids pianos (i.e. Yamaha's AvantGrand series), no one in the greater Chicago area does it better. Grand Piano Haus is the Midwest's largest and most awarded Yamaha retailer with nearly 50 years of experience. In addition, Grand Piano Haus’ European roots and traditions exemplify its devotion to long lasting relationships within the music community.
Grand Piano Haus - “The Home that is Truly Grand"
- Jeff Tasch, President

The evolution of GRAND PIANO HAUS has been a long journey, a long road with many obstacles. Fritz Tasch, the founder of GRAND PIANO HAUS, was born into a musical family. His father was a professor, a concert pianist and a church organist. His mother also played piano quite well. Fritz was born in 1939 in Kecskemét, Hungary, right before World War II broke out. When the bombing raids became more frequent and the Red Army advanced into Hungary, Fritz's parents had no choice but to leave their homeland and everything they owned behind.

After many grueling days of walking, the Tasch family, being extremely hungryand completely exhausted, finally arrived in the Allied sector of Austria (in Henndorf) with nothing but their shirts on their backs and holes in their shoes. It was a devastating time for Fritz, his father, his pregnant mother and his 3 young siblings. They were immediately placed in a refugee camp. The year was 1945.

In 1946, after many months in the refugee camp, the Tasch family was transported by railroad car into post-war Germany, were Fritz spent the remainder of his childhood. Through it all, Fritz kept his passion for music. As a teenager, he played violin and demonstrated a special gift for carving beautiful, intricate objects out of wood. As these two talents converged, it became clear that Fritz would become a violin-maker.

From 1953 to 1957, Fritz studied the renowned violin-making school(Geigenbauschule) in Mittenwald, Germany.Mittenwald is an incredibly picturesque town nestled in the BavarianAlps on the Austrian border, about 20 miles north of Innsbruck. Fritz received his diploma with highest honors in the summer of 1957.

After completing his studies, Fritz worked in Cremona, Italy (the birthplace of Antonius Stradivarius, history's greatest violin-maker) in Zurich, Switzerland and in Bern, Switzerland. During those years, he was privileged to restore many historic violins, violas, and cellos that had been crafted by the great Italian masters such as Stradivarius, Andrea Guarnerius, Nicolo Amati, Alessandro Gagliano, Gaetano and Antonio Guadagnini. Fritz was also honored to work on violin bows made by the master bow makers of France including Francois Tourte, A. Vigneron, F. N. Vorin, D. Peccatte, Sartory and others.

Despite these satisfying experiences, Fritz's secret dream was to live and work in U.S. In June of 1965 Fritz received his green card and visa to immigrate to America. His first job was in Cleveland, Ohio. There, he established regular contact with members of the Cleveland Orchestra.

Fritz married his sweetheart, Emmy, in November 1968. Their son Jeffery was born in 1971 and daughter Michelle in 1974. These were happy times, but more challenging days were yet to come.

Working with exotic woods, such as pernambuco, ebony, and jacaranda, Fritz became highly allergic to fine wood dust. He developed asthma so acute that breathing became nearly impossible. Allergy specialists seemed to speak in unison, saying "If you want to live a long and healthy live, you must give up violin -making." With great sadness, and great fear of not being able to provide for his family, he closed his workshop and moved to Chicago (in November of 1971) where he had hopes of greater opportunities.

With only $3000.00 remaining in his savings account, Fritz opened The Sound Post, a musical instrument specialty store. With lots of hard work and many long hours, the business prospered and grew. At its zenith, The Sound Post boasted three locations, and was considered the largest privately-owned musical instrument retailer in the Midwest. It was also considered one of the top 100 music stores in the United States.

Fritz always seemed to be a visionary among "combo" music dealers. (Combo music dealers typically carry anything a band would need, such as guitars, drums, amplifiers, mixers, keyboards, accessories, etc.) In 1985, The Sound Post became the first and only combo music store in the nation to sell YAMAHA Clavinova digital pianos. In 1994, The Sound Post was the first combo music store to offer and install church organs in the Midwest.

The Sound Post was thriving, but as time went on it became more and more difficult to maintain 3 music stores and to provide the absolute best service to their customers. The Sound Post was too small to be big, and too big to be small. In 1999, the first location closed in Mt. Prospect,Illinois. In 2001 they closed their second store, the La Grange location. Then, in the summer of 2003 the remaining "The Sound Post" in Skokie, Illinois, closed its doors. But Fritz was already envisioning something more spectacular and dearer to his heart.

On November 1, 2003, after extensive remodeling of their Skokie building, GRAND PIANO HAUS opened its doors for business. The store and warehouse was initially filled with over 100 pianos. Financially, it was a very scary undertaking. But practicing true frugality as well as working 7 days a week with his son Jeffrey (co-owner), proved to be worth the challenge.

In 2008, GRAND PIANO HAUS was honored to accept the offer to become an authorized YAMAHA CORPORATION dealer for all YAMAHA upright, grand, Clavinova, AvantGrand, Disklavier, TranAcoustic and their flagship CF models.

With the creation of an institutional department, GRAND PIANO HAUS has become Yamaha's "Premier Dealer" in the Chicagoland area in a considerably short amount of time. In 2010 GRAND PIANO HAUS received a "Golden Record", which is the ultimate recognition award from Yamaha. It is signed by Takuya Nakata, President of Yamaha Co. of America. (Click here to see Golden Record pic and letter)

Jeffrey remains the only proprietor of a piano dealership in the Midwest to have attended and successfully completed YAMAHA's 'Little Red Schoolhouse", which is an intensive technician and service seminar for upright, grand, and Disklavier pianos.

Jeffrey also spent some time in Bayreuth, Germany at the Steingraeber & Söhne piano factory and studied under the guidance of one of the greatest piano builders in Germany. As a very proud father, Fritz proclaims that Jeffrey has become one of the finest piano-technicians and tuners in the Chicagoland area. Many others would agree!

Fritz and Jeffrey realize that in order to maintain the success of Grand Piano Haus, they must to give back to the community in creative ways. They built a first class recital and recording studio, which is available to local teachers and their students. They sponsor free workshops and seminars, host Piano Technician Guild meetings and sponsor Charity Piano Concerts and Recitals. They also make financial contributions to Lisker Music Foundation a non-for-profit organization for the "Rising Stars Concert Series". Jeffrey is a Board Member of "88KeyToCure" nonprofit foundation and donates pianos, tunings, and lots of time. Grand Piano Haus also broadcasts "Remote Live" concerts free of charge to anyone who is interested.

From war refugee, to violin-maker, to American citizen, to combo music store owner, to the proud proprietor of the GRAND PIANO HAUS....Fritz Tasch's life is the embodiment of the American dream. His story is one of continual striving.... of a spirit able to overcome persistent challenges in the pursuit of personal excellence.... of a heart ever flowing with the passionate desire to offer great instruments to the world. He is proud to share his past.... and hopes you will share in his future. 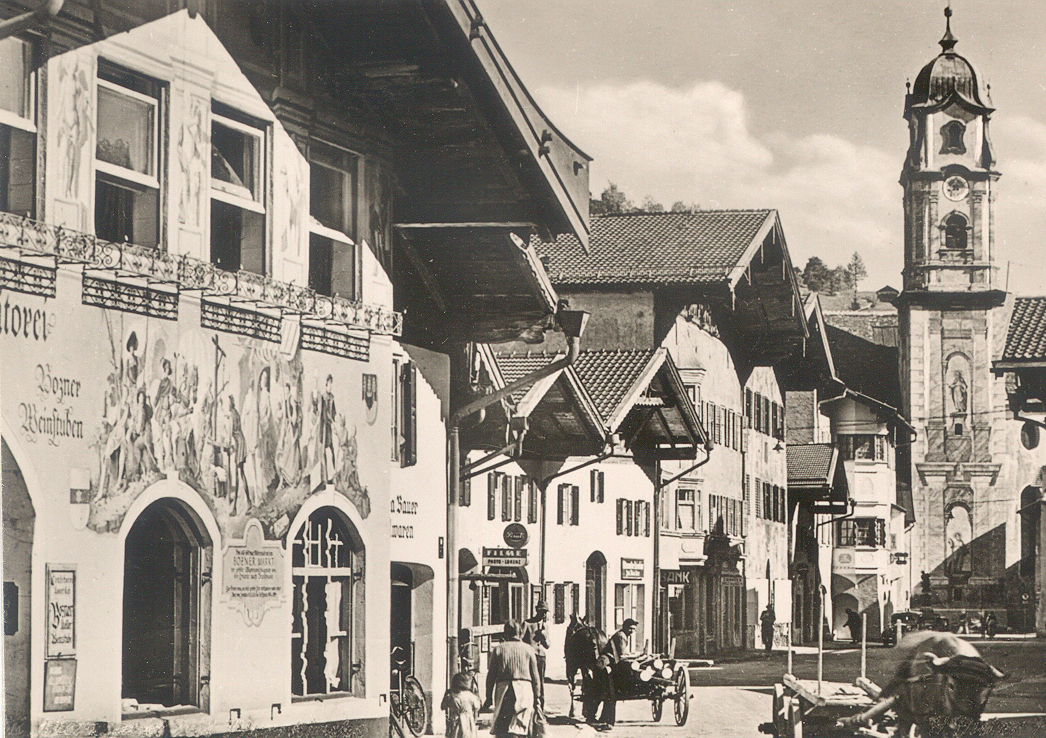 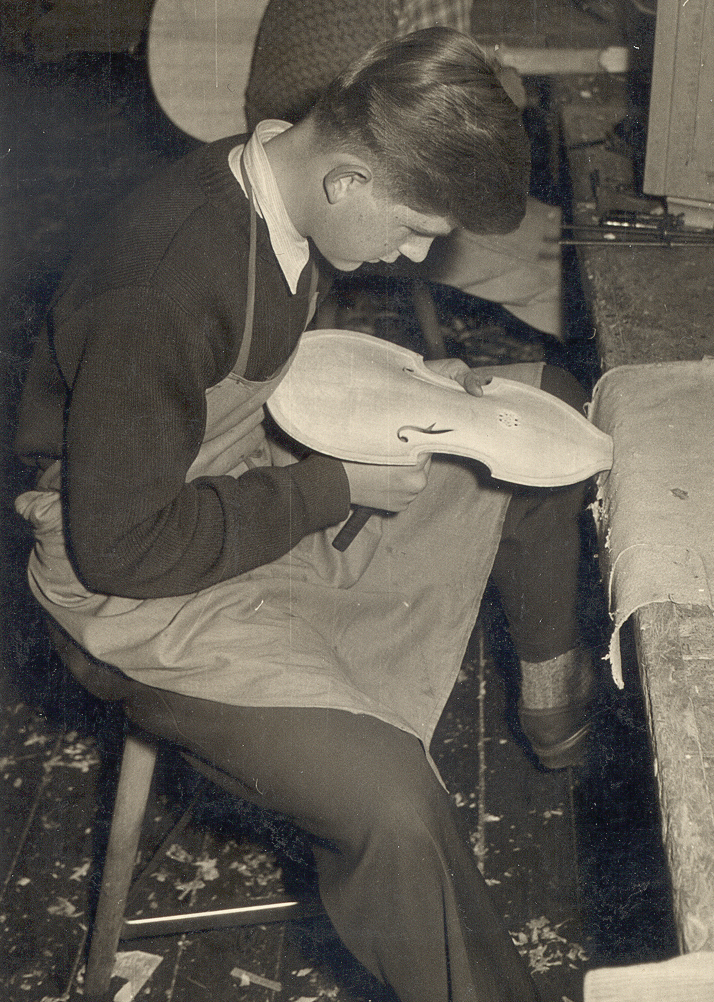 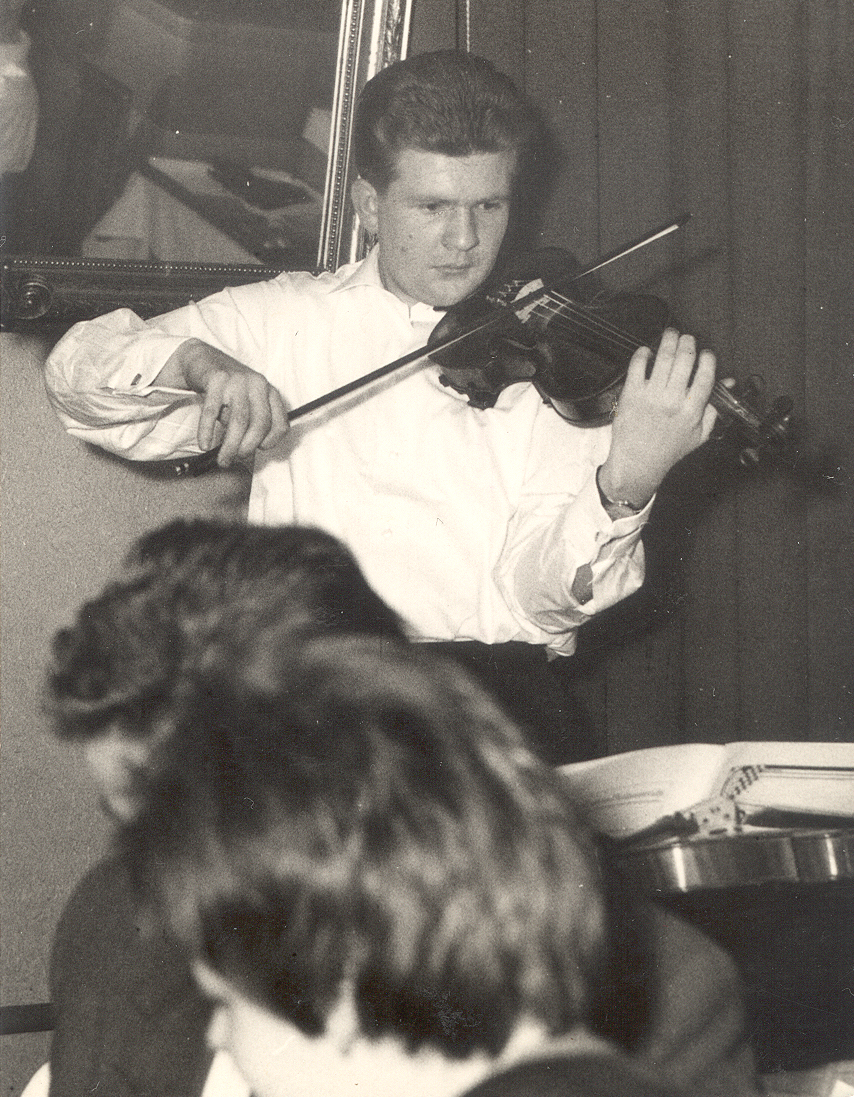 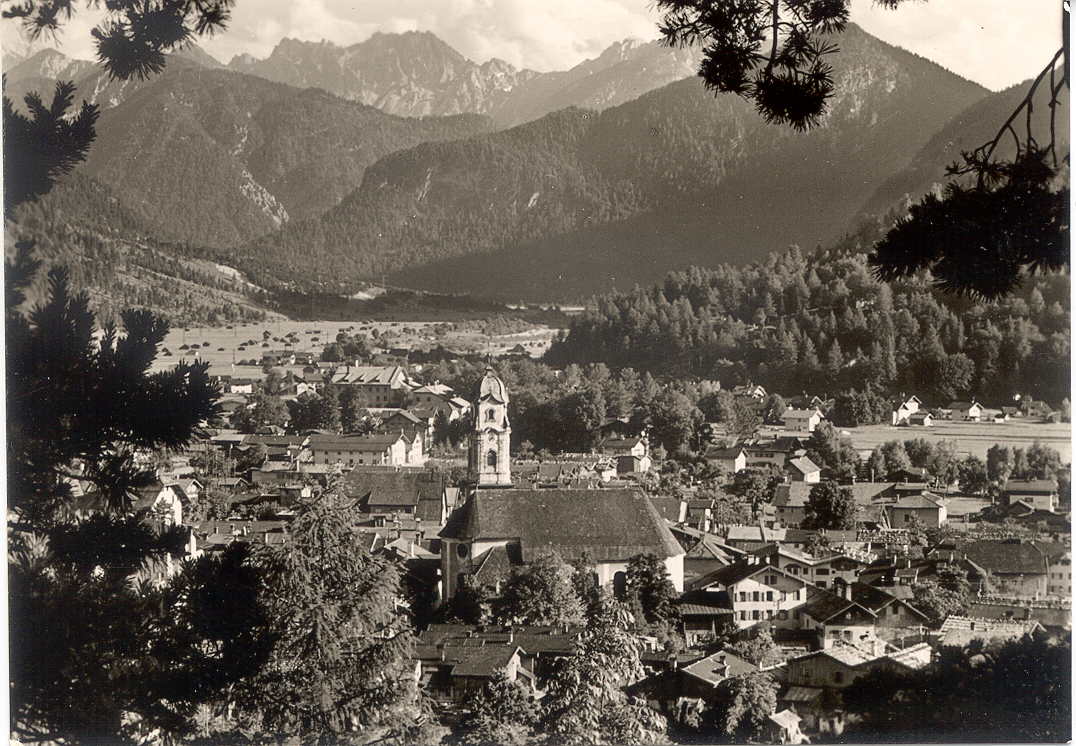